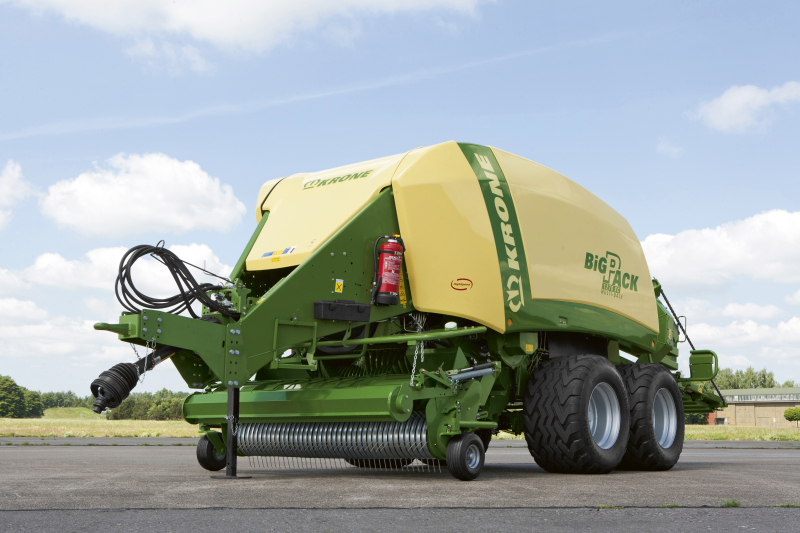 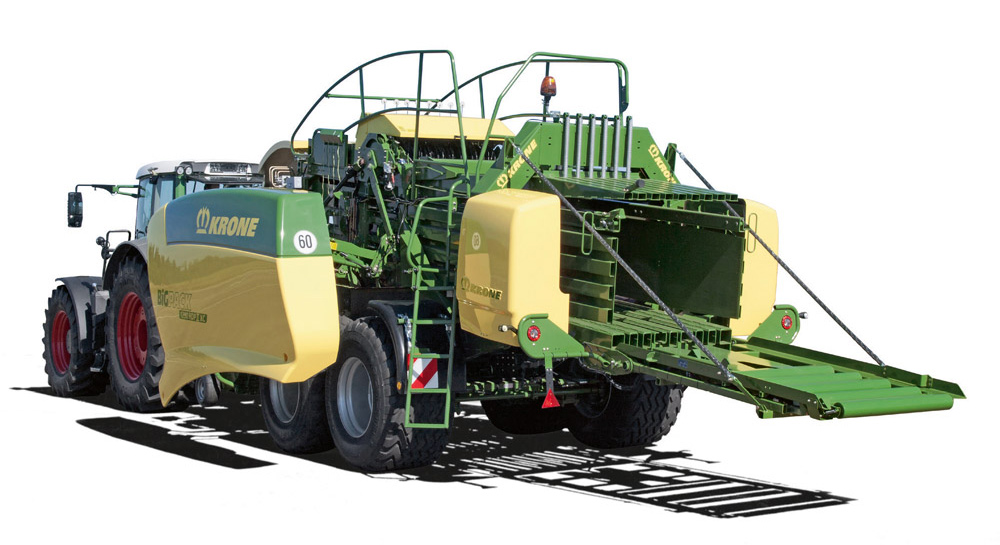 Taking baling to a new dimension: Up to 70 % higher throughput or up to 10 % higher bale density than the BiG Pack HDP – these were the ambitious targets the KRONE engineers set themselves in designing the new BiG Pack HDP II. Plenty of attractive features increase the efficiency of this baler and make it more user-friendly to operate. 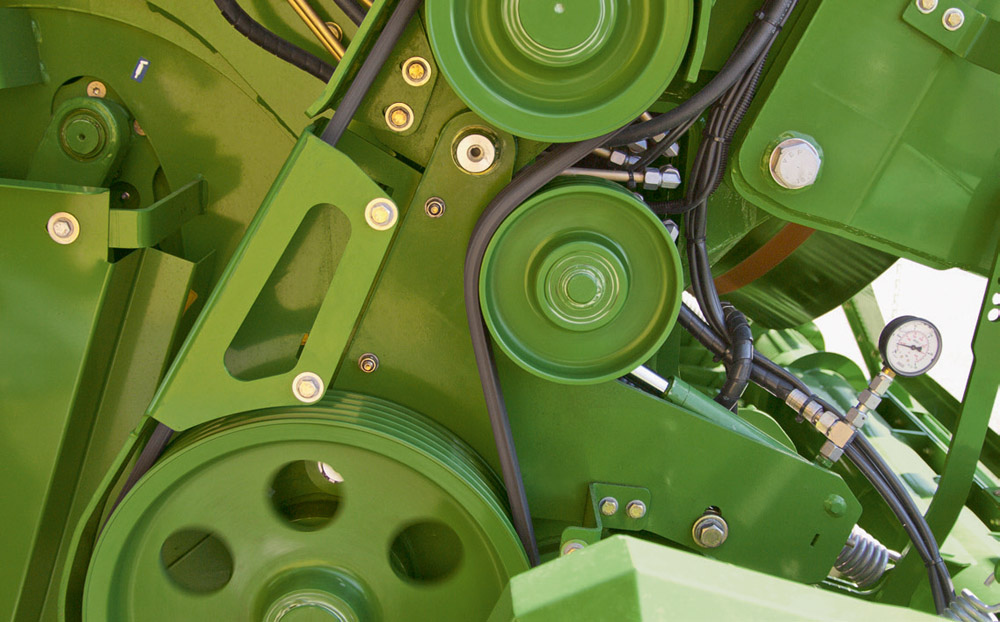 The pick-up and the rotor cutter on a BiG Pack with XCut are powered by a separate 4-groove poly belt which shuts off automatically if there is a blockage inside the machine. To save power, the pick-up and rotor are only enabled after the plunger starts. 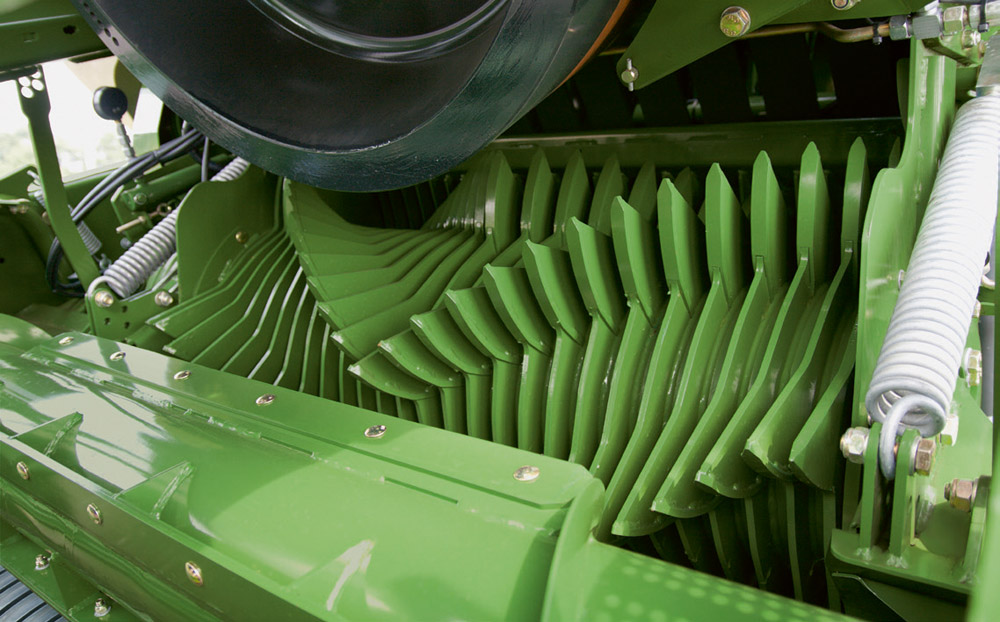 Big rotor for even higher throughput: The 30 % bigger rotor cutter features five rows of tines for highest throughputs. These V-shaped tines pull the crop through the blades with a minimum of input power and keep the bale chamber consistently filled up to the sides. 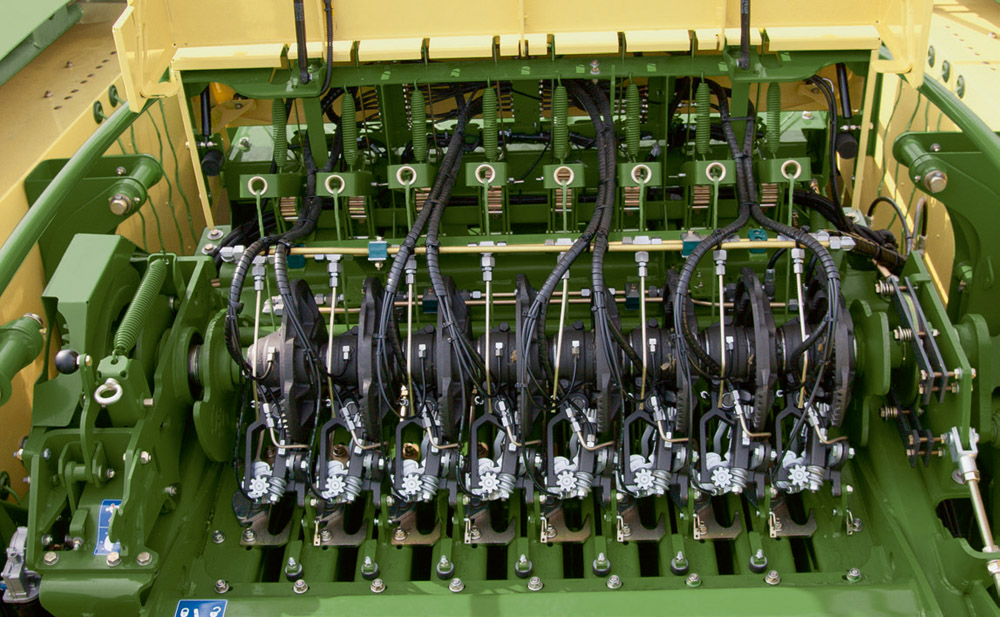 Eight double knotters: Extremely high-density, stable bales produced at very high ground speeds – that’s a challenge for any twine and knotter, especially when the crop is prone to expanding. So KRONE has got together with Rasspe to develop a brand new, patented knotter system especially for the BiG Pack HDP II. This system comprises eight slim double knotters which expose the individual strings to minimal pull, enabling them to hold even denser packs. 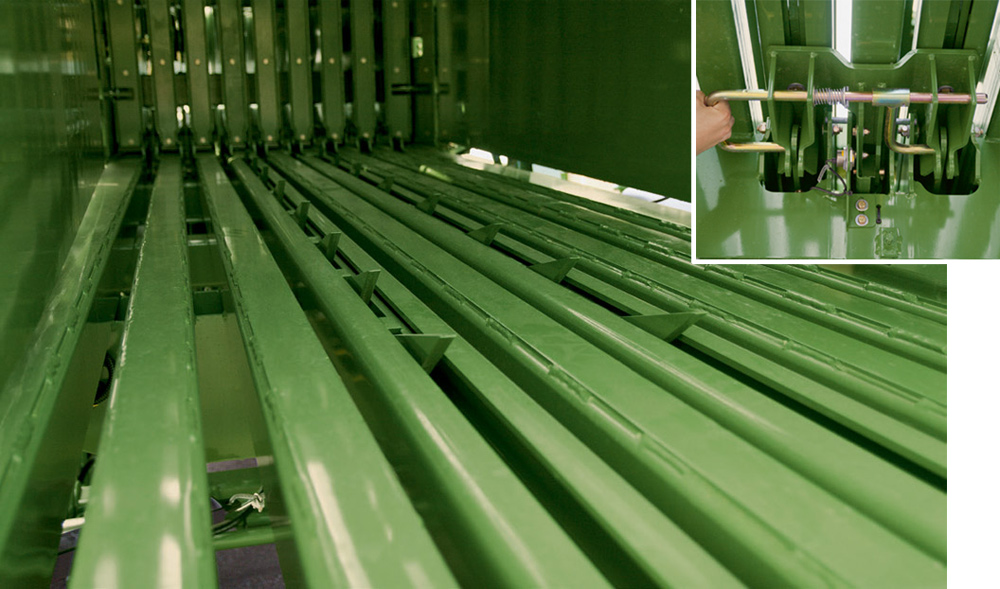 Deselectable pusher dogs: A pin sets the system, either enabling all pusher dogs to clear the entire bale chamber or disabling the dogs at the front so that just the finished bale is unloaded.

54 balls of twine on board: 27 balls of twine – plenty for long working days. The twine boxes can be folded down hydraulically and conveniently from the cab for easy refilling and access to service points. Fitted with LED lights for greater convenience during night-time work.